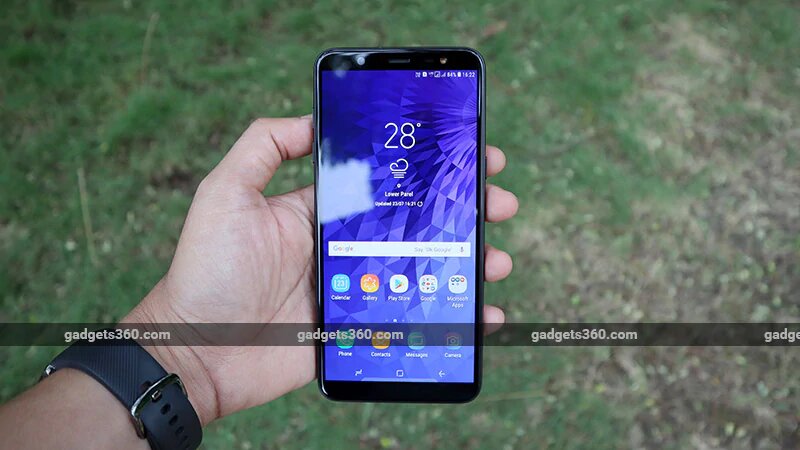 Samsung Galaxy J8 has started receiving Android 10-based One UI 2.0 update along with July security patch. The new software update is reportedly limited to Galaxy J8 users in Russia, and it will likely reach other markets in the coming weeks. With the latest update, Galaxy J8 users will receive features such as enhanced Dark mode, smoother animation, new navigation gestures, and a One-handed mode. The Galaxy J8 was launched in India in May 2018 with Android 8.0 Oreo. The phone started receiving Android 9-based One UI update in April last year.

According to the changelog shared on Samsung website and spotted by SamMobile, the Android 10-based One UI 2.0 over-the-air (OTA) update for the Galaxy J8 comes with the build number J810FPUU4CTG3. The latest software also brings July 2020 Android security patch. The update is currently available in Russia and will likely reach users including in India in the coming weeks, according to SamMobile. The Galaxy J8 users will likely be automatically notified when the OTA update arrives on their smartphone. Users can also check its availability by heading Settings > Software update > Download and install.

As per the changelog, the One UI 2.0 upgrade brings features such as new wallpapers and enhanced camera UI. It also introduces Trash feature for Contacts that keeps deleted contacted for 15 days before permanently deletion. Similarly, Galaxy J8 users can now get a better graph of the battery performance. Other features include enhanced Dark Mode, One-handed Mode, new full-screen gestures, enhanced Internet app, new Reminder features, and so on.

Why do Indians love Xiaomi TVs so much? We discussed this on Orbital, our weekly technology podcast, which you can subscribe to via Apple Podcasts, Google Podcasts, or RSS, download the episode, or just hit the play button below.