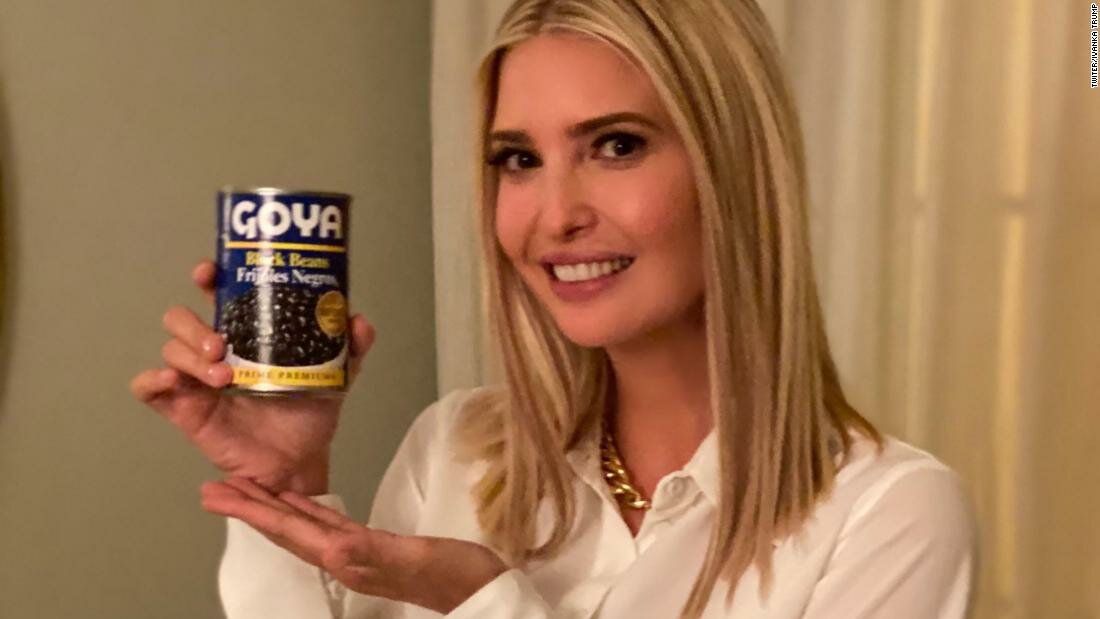 The country has been wracked by a seemingly never-ending fight against the coronavirus pandemic: more than 130,000 dead, more than 3 million US cases and on the horizon, parents grapple with whether to trust federal advice on sending children back to school.

Yet, it can sometimes seem that Ivanka Trump is living in an alternate universe. She kicked off July with a string of images on her social media accounts featuring a luxe family trip to Wyoming, all horseback rides and sunny, stream-side picnics dressed in Ralph Lauren-esque ensembles.

Cautions about travel as coronavirus cases rise? Not for the Kushner-Trumps, apparently.

Since the onset of her time in the White House, where Trump is a senior adviser to her father, the President, Ivanka Trump has faced myriad questions about her judgment stemming from the blithe manner in which she appears to operate.

To be fair, it’s not necessarily the work that she is doing — much of which has brought positive spotlights to things like combating human trafficking, helping families with a child care tax credit, figuring ways to help boost employment numbers and assisting with women’s global economic empowerment.

The problem is more the way she picks and chooses when not to weigh in — and, when she does, how to do so.

On Tuesday, she may have violated a government ethics rule by posting the photograph of herself, holding a can of beans, close to her face as one might in a commercial or advertisement, with the caption: “If it’s Goya, it has to be good,” and translating the same phrase to Spanish.

Goya’s CEO, Robert Unanue, is an outspoken fan of the President, and his public comments of support have led to boycotts of the brand. Not so the Trump family, however, who have made the beans biz a robust talking point likely not seen since, well, ever.

The United States Office of Government Ethics, which is aimed at “preventing conflicts of interest in the executive branch,” has guidelines on endorsing products, something Trump was clearly doing in her post.

The timing of Ivanka Trump’s Goya plug came on a day she had already been roundly lambasted on social media and by news outlets for the “Find Something New” ad campaign, launched that morning in conjunction with the AdCouncil and several private corporations.

While Trump touted the ads and the website as a resource for people unemployed, or unhappy with their current jobs, to find a fresh career, critics shot back in disbelief at the tag line of the program. “Find Something New” — as though doing so for the 18 million unemployed Americans could be easily accomplished with a few clicks on their computer.

The roll out also felt to many as though there was little to no regard for the loss of jobs loved and struggled to achieve, gone in an instant at the hands of a shutdown forced by a gnarly pandemic. Trump, dressed in a white, $2,000 outfit by London-based designer Emilia Wickstead, (and toting a $4,700 purse by French fashion house Chanel), addressed a virtual roundtable by calling the need to possibly seek new work a “pivot.”

“You have to check it out, it’s amazing!” says Trump of the “find something new” website, smiling to the camera. There’s no note of empathy for those whose livelihoods are lost, whose paychecks have gone away or whose families are struggling to keep afloat.

It’s a disconnect Trump, the daughter of a billionaire and herself a millionaire, has been accused of perpetrating before.

In March, as most Americans adapted to working from home, their lives turned upside down by the unexpected mash up of homeschooling their children at the same time, under the same roof, balancing career and family in ways more stressful than ever before, Trump posted a suggestion.

“Staying home w/kids? Plan a living room camp out!” she tweeted, along with a photo of herself and her children beneath a makeshift sheet tent, as though fun and games were possible for the average person.

In April, after posting videos encouraging “those lucky enough to be in a position to stay at home, please, please do so,” Trump and her family traveled to her vacation home in Bedminster, New Jersey. Her decision to leave Washington disregarded the federal coronavirus guidelines advising against discretionary travel that she urged other Americans to follow.

In May, as tens of thousands of people marched in protest of the killing of George Floyd and the scourge of systemic racism, Trump posted a Bible verse: “This is what the Lord said: I have heard your prayer and seen your tears. I will heal you.”

It was interpreted by many as a strange and oblique message in a time when the country was seeking leadership and guidance.

In June, a recorded commencement address to a college in Kansas was canceled because the nation was embroiled in protests, and the President’s “law and order” stance was creating further consternation. Trump, who taped the graduation speech before Floyd’s death and ensuing events, posted it to the public weeks later, without re-recording to update the language to reflect the tenor of a nation clearly in pain and turmoil.

Instead, Trump’s address, focused in part on her own personal growth, and what she called the “discomfort and uncertainty” of these times. The labels did not go over well, and again there were cries of tone-deafness from the social media chorus.

Trump, however, has not let her foibles stymie her need to share, nor continue in her White House role, emotionally and politically avoiding, at least publicly, what America is facing today — hundreds of thousands of people sick with a virus no one can seem to control.

As for those beans, she’s standing by them.

“Ivanka … has every right to express her personal support,” her spokeswoman told CNN.