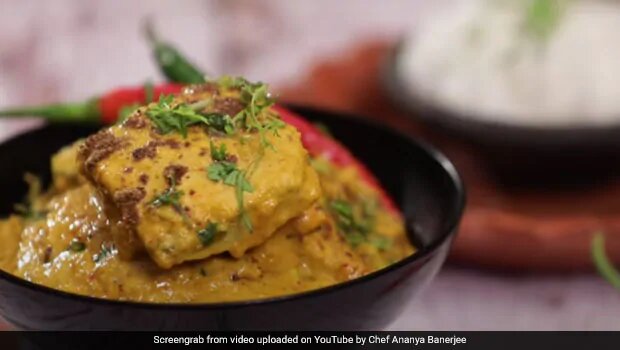 Watch: How To Make Steamed Egg Korma For A Fancy Meal At Home

Eggs are often touted to be a man’s best friend due to their versatility in the world of gastronomy. From appetiser to dessert, this food ingredient can be used in several kinds of recipes around the world. Due to its rich protein-content and blunt taste, egg (especially egg white) is also used in different drinks and beverage recipes. Moreover, it is undoubtedly one such food item that can save the day at any given point of time. If you feel lazy or do not have much grocery items in stock, all you need to do is, get some eggs and make yourself a boiled egg or an omelette or a humble egg curry.

Today, we bring you one such egg-based recipe that not only will save your time in the kitchen, but also make your meal appetising. This dish is called ‘bhapa dimer korma’, or simply steamed egg korma.

Korma, as we all know, is a popular meat-based dish in the Mughalai cuisine, cooked in spice-infused yogurt or creamy gravy/sauce. However, korma has experienced several modifications in the recipe in different parts of the country. For example, you will find veg korma in South Indian cuisine, where coconut is used predominantly in the gravy.

Adding to the list of variations, vlogger Ananya Banerjee, on her YouTube channel Chef Ananya Banerjee, has come up with an authentic Bengali-style korma recipe – that too with eggs. What makes this recipe yet more special is the process of preparing the eggs. Instead of frying or boiling, Banerjee steamed the eggs with onion, green chillies, coriander leaves, salt and pepper. Let’s find out the recipe.

Now, if you feel bored with the regular egg curry, spruce it up with this lip-smacking steamed egg korma recipe. Happy cooking!

About Somdatta SahaExplorer- this is what Somdatta likes to call herself. Be it in terms of food, people or places, all she craves for is to know the unknown. A simple aglio olio pasta or daal-chawal and a good movie can make her day.